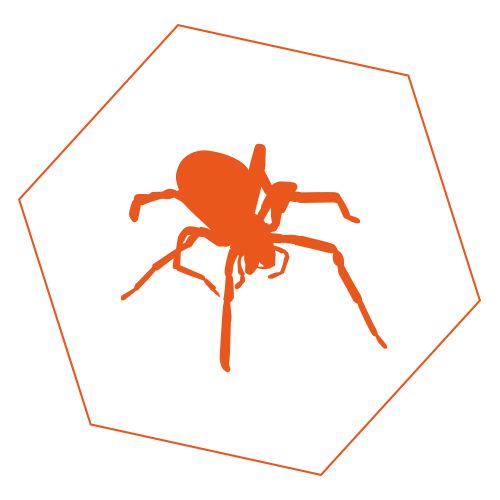 Spiders are air-breathing arthropods that have eight legs and appendages with fangs that inject venom. There are currently 40,000 known species of spider, with the number always set to increase. They come in many sizes, shapes and colours, and even produce a variety of different webs.

They have the capability to produce silk that can be used to make webs from several different glands in their system. We offer expert services for spider control in Geelong should you have an infestation.

How the work is undertaken: Exterior spraying of premises and properties is carried out including fence lines. The roof void is fumigated with a dry powder. Treatment inside around skirting boards and under beds etc.

Why are they considered a pest?
Spiders are usually considered as pests due to the harm that they can cause to humans. Death is rare, but pain, rashes, irritation, headaches, nausea and vomiting are commonly attributed to spider bites in the home in Australia.

Besides harming you, they can also be considered a nuisance due to the excessive webbing they can make around the home.

Where are they usually found in the home?
Spiders can develop their nests inside and outside the home.

Depending on the species, they can be on rooftops, under tiles, in underground burrows and basically anywhere where they feel they can reproduce in safety.